First introduced in 1980 as an intended replacement for the Mini. Production ran until 1997 under the Austin name and then Rover before finally being called the 100 series.
Sporty versions went under the banner of MG and included a turbo version which produced 93bhp and is now by far the most collectable of all the Metro's.
Follow the link below to see an example on eBay of what must be the most expensive Metro ever.

[Buyers Guide] For sale on eBay

From the legend that was British Leyland (cough)
You have to be knocking on a few years to remember the launch of the Austin Metro in 1980, and sadly I can remember it. Leyland, who were at the time a conglomerate covering some of the great British car names from yesteryear like Jaguar (yes Jaguar), Land Rover, Triumph and Austin, decided they needed a city car to rival all those pesky foreigners flooding the British market with their fancy offerings. And so was born the Metro which was first presented to us a top the white cliffs of Dover, busy sending those foreign imports back to whence they came from (no doubt Farage would have been the first to buy one) So exactly how did Leyland choose to weaponize their plucky little Brit to take on the might of the French, Italians and Japanese, by fitting it with an A series engine (designed in the 50's) and a 4speed gearbox (also designed in the 50's), of course!
I'm being a bit harsh regarding the mechanicals as the A series engine was evaluated by Austin during the development of the Metro and was found to be equal in performance and economy to its rivals of the time.

Actually, the Metro wasn't at all a bad car for the times, though it has since suffered from a greater decline in appeal than say the Ford Fiesta, especially in their sport guises, which is a shame as the MG and turbo were fun cars to drive and had plenty of charm. The original XR2 for instance is now very desirable where as the MG Metro is only moderately so, which is surprising given their rarity value with only 135 left.

So given the Metro's rather dowdy image it might be a surprise to discovery that one was up for sale recently on eBay (June 2016, see link) for an eye popping £18k, and you did read that right. To be fair it was a turbo version which there are only 20 left on the roads, and it only had 7k miles on the clock, so it just goes to show that where there's muck, there's brass, especially if it has a turbo sticker on its side!

Prices:
A good condition turbo example with sensible miles should be about £8.5k
A simular MG non turbo would be about £4k
June 2016 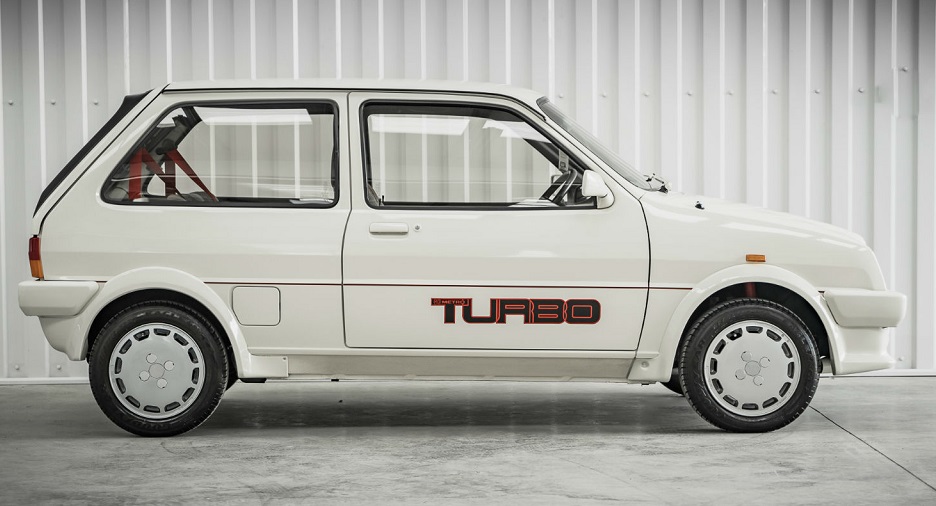