The Mercedes SLK-Class is a compact luxury roadster and was first introduced in 1996. There have been three generations to date.

Mercedes SLK Roadster with retractable hardtop.
As with so many car companies of the time, Mercedes watch in amazement, and no doubt a fair degree of jealousy as Mazda MX5's just fly off the shelf and decided they wanted a piece of the action. Thus was born the SLK. Thats, sports, light, kurz (short) and we shall come on to the lightness bit in a minute but lets look at the car its self first. Mercedes managed to get the first one on the road in 1996 and there have now been three generations to date (R170, R171, R172) and as the MX5 was a dedicated roadster, so too would be the SLK, though this being Mercedes they had to go that bit further, cue the introduction on the “Vario Roof”. This is a electrically operated folding hard top and was a first in the mass produced car world (I say first though I think the Americans got there before Mercedes, but this one actually worked!) Being designed as a roadster from the ground up and having a complicated roof mechanism has made the car a bit heavier than the “Leicht” label suggests meaning those engines have got their work cut out for them, but on the positive side it also means the car has impressive rigidity for a roadster which relates to better handling.

The engine range consisted of a 2.0L and 2.3L Kompressor engine which in the 2.3 form gave the car a 0-60 of 7 seconds. In 1998 a facelift introduced a 6 speed manual and in 2000 a 3.2L V6 was added to the range and then finally an AMG in 2001 using a tuned version of the V6.
In 2004 the second gen R171 came out with a much improved interior and a new range of engines, with the main stay being a 1.8 Kompressor, as well as a couple of V6's to tickle your fancy. It also came with a front end that could persuade some approaching fellow road users that you were piloting something altogether more exotic than a SLK. Generally the R171 was a significant step forward from the first generation and prices reflect that fact at present.

The post facelift R170 (1998) versions with the 6 speed, if you fancy going for the manual, are probably the best ones to go for, with the 2.3 Kompessor giving decent performance, though it is felt that the 4-pot engine is a bit on the gruff side when revved. If you want the silky smoothness of the V6, and most people agree its the best engine for the car, then you will need to look for a post 2000 model. As for gearboxes, The 6 speed does come in for a slight bit of criticism for being a bit notchy but is generally considered a decent unit and the auto gets lots of praise, so it comes down to what ever is your flavour I guess, manual or auto?

Issues? Not to many it seems though the old baddie rust keeps making an appearance in the forums, it was a problem for Mercedes of that era. Slow roofs are a cause for concern, it will need a pricey new pump, as are windows that go up to far, replacement glass.

As a future classic we like the SLK for its understated good looks and for the fact that it is a dedicated roadster with an innovative hood design. The first generation makes the best sense to us with some great value examples around and, as ever we like the idea of a juicy V6 nestling under the bonnet so the 2000 to 2004 years would be our favourites. Defo the thumbs up for this one! 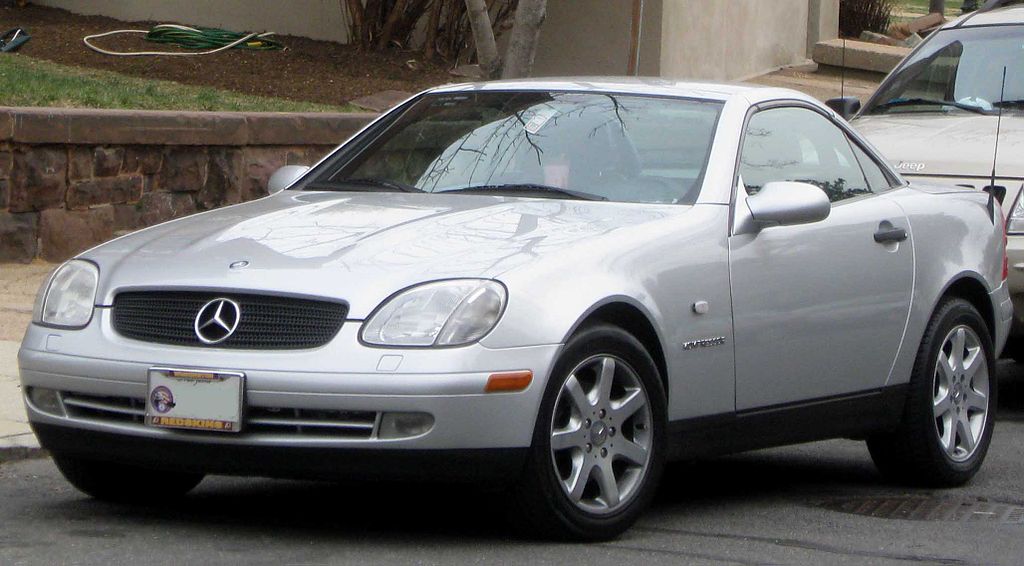