At Future Classics we spend a lot of time studying the car markets to see what's up and what's not and one of the simplest indicators as to whether a car will become a classic, in our parlance a future classic, is its level of performance and fast is most definitely more desirable in this matter.

So it seems appropriate at this point to delve into our data banks of nerdy info (our heads) and come up with what are the ten fastest future classics out there. Now obviously there are plenty of very fast cars to choose from these days, both modern and classic, and the true super cars are always going to be collectable, and therefore expensive, from the moment they roll off the production line, and for the rest of their lives, so to make this list more applicable to the future classic genre we have set a price limit of £5000.

One other point that we decided on was that the only performance figure we would judge them by is the 0-60 time as top speeds are just too unachievable for any sane person on public roads and therefore irrelevant.

So the question is, what are the 10 fastest future classic cars that £5000 can buy?

Well a quick scan through the classifieds throws up plenty of options in the high six seconds bracket, but we we're hoping for something faster than that, so we delved deep and managed to comprise this list. Not surprisingly there are a lot of big old German executive motors in the list, these sort of cars do devalue very fast and provide plenty of bang for your buck, but there were one or two more interesting options to ponder as well. Read on...

First on our list is the Saab 95 Aero Hot 2.3 Turbo. A 2007 model with the 260bhp engine can be had for £4000 easily. The quoted 0-60 time is 6.5 seconds, but there are some suggestions that the cars over boost function actually gives more power, so it could be even quicker. But it goes in our list mainly because because we like Saabs, and that's that! 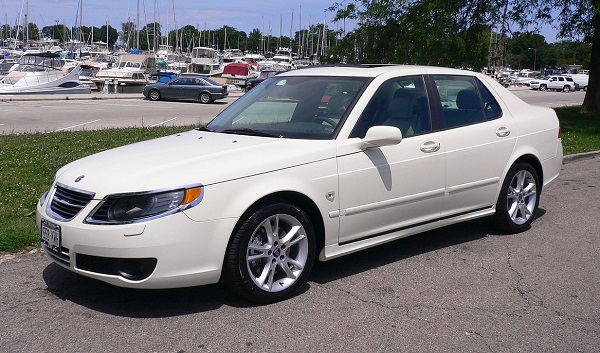 Next up is the Mercedes E430 which has a 4.3 V8 producing 280bhp giving this four door executive saloon a fairly spritely 0-60 of 6.3 seconds. Bit of an old barge though. There are some very cheaply priced examples out there but they tend to be pretty leggy, a good low miler should had for £2k. 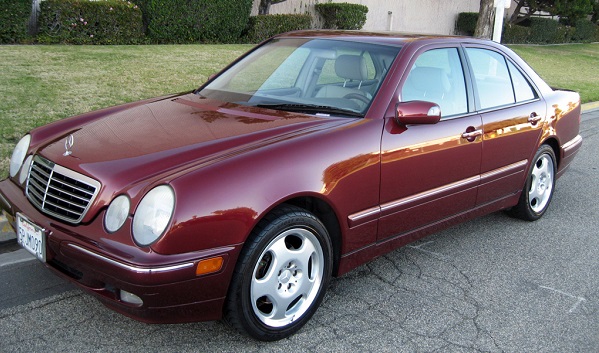 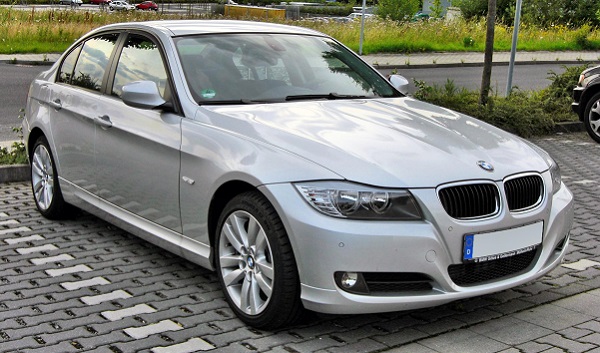 Sticking with the Germans we are now looking at the Mercedes S500,in particular the 1998 to 2005 version. The V8 engine is a 5 litre as the 500 suggests (clever those Germans) and produces 305bhp, giving the car a 0-60 of 6 seconds. A really nice example can be had for £3k. A thoroughly big old bruiser. 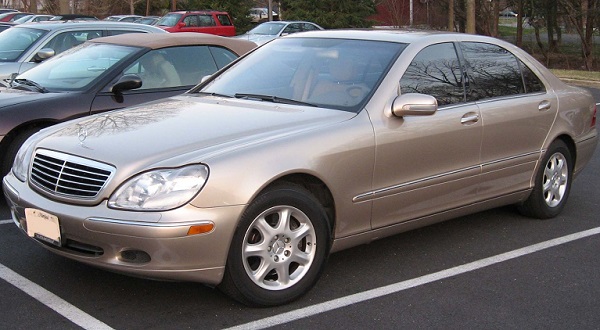 Now for something a bit different in the shape of the Subaru Impreza STi. The Impreza is a well known car mainly because of its rallying achievements, though the road going version of the rally car is known as the WRC and £5k will not buy you one you would actually want to own. But the more humble STi can be had for £3k and with 270bhp on tap can do the 0-60 dash in 6 seconds. 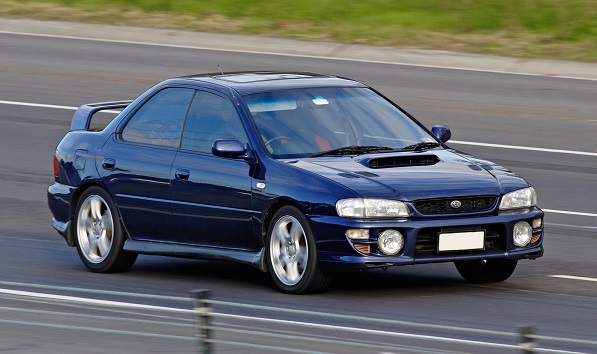 First of the British bruisers on our list is the XJR in its X308 guise, so we're looking at cars from 1997-2003, though its based on a chassis designed in the 70's. The R designation means its packing a 370bhp V8 but its a big old brute meaning it has a 0-60 time of 5.6 seconds so its quick in a straight line, just try and avoid any corners. 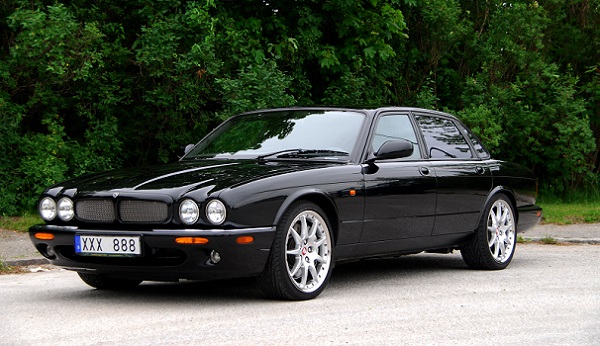 Back to the Germans with the BMW 545i and some thumping Bavarian V8 to tickle your fancy, There is a 5.0 V8 available but not for £5k. But 330bhp and a 0-60 time of 5.5 seconds from the 545 should keep most people happy and a decent one can be had for the required price. 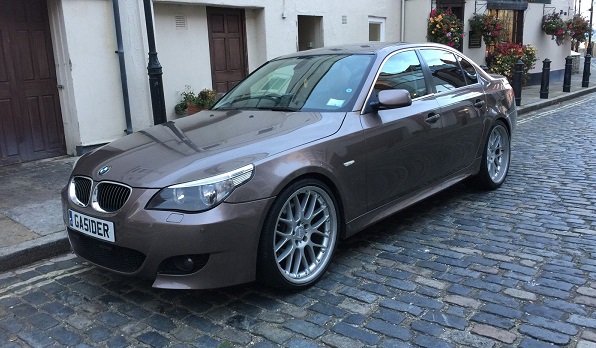 Eighth in the list of the fastest car for the cheapest price is an Audi. The original S8 came out in 1994 and for our purposes we are looking at the top of the range 4 litre v8. This engine produces 360 bhp giving it a nought to sixty in an impressive 5.4 seconds. A nice one should be yours for £3500
Wins the prize for the fastest car for the least amount of money, possibly on the planet??? 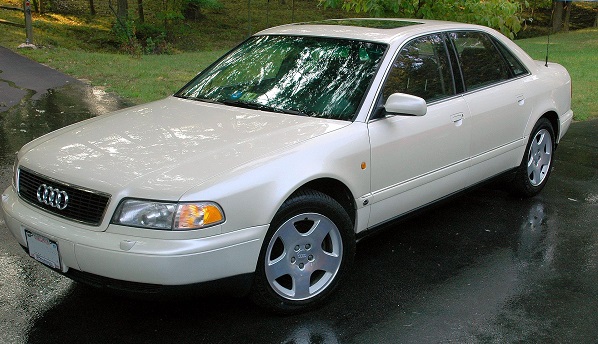 Back to us Brits with another Jag, this time its the S Type R with the same engine as the XJ but with a bit more power and a lot less weight, so the 0-60 dash is about 5.2 seconds. These cars seem to be getting some attention just recently and prices are on the up so get yourself one for £5k while you can. 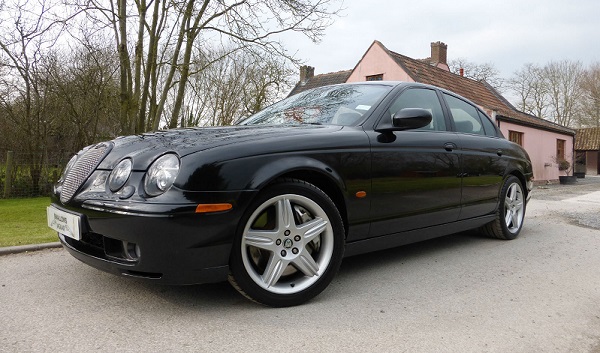 And in first place we have the Mitsubishi Lancer EVO, it was never as popular as the Impreza, probably something to do with Colin McRae, but those in the know, knew that the EVO was the one to have, in both the power and cornering stakes. For it to make the £5k mark we are looking at the 4th generation, with the standard set up producing 280bhp in what is a very light car giving a 0-60 of 5 seconds, making it top of the table.

Just a final note on the Evo, it was pretty much designed for the attention of after market tuners, and getting 350bhp out of one of these cars is pretty easy, so don't be surprised if its difficult to find a stock one out there. That said, it is probably one of the only cars where being modified is considered desirable, so long as it has been done professionally. Sub 5 seconds 0-60 for £5k......