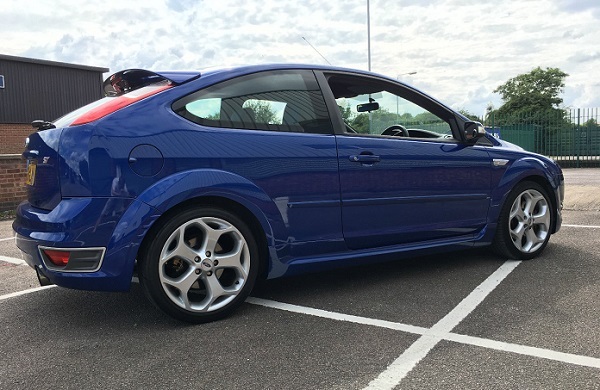 Right now fast Fords are on a mission to Mars, or at least the prices they are commanding are. Any search of the classifieds will reveal some pretty pricey cars out there, Sierra Cosworths selling for well over £20k if in good condition, or humble Escort RS1600s going for 10k, but the best has to be an Escort RS Turbo that went to auction a few months ago and sold for £60k. So as you can see, there is a significant interest in performance Fords, and ones that aren't even that old!

An article in Autocar recently pointed to the big rise in sales of the new Focus RS, Mustang, etc and suggested that this new breed of fast Fords is driving the interest in, and price rises of, older cars. Personally I feel that it is the other way round, with the passion for 80's Fords driving the doubling of the modern examples sales, your practically buying yourself a ready made classic.

So what if your thinking of joining the club, which fast Ford should you go for? Well everyone has their personnel favourite, but while pondering on the subject and researching the cars, I noticed that there are many similarities between the Mk1 Focus RS and the Mk2 Focus ST, in performance figures anyway. They both produce about 220 bhp, and have 0-60 times of 6.2 to 6.5 seconds respectively. Of course there are also big differences, not least the perceived status of the RS badge over that of the ST, or their values. An RS Focus will set you back a minimum of £10k where as a ST can be had for as little as £3k, but I thought it would be interesting to do a little comparison anyway.

So which one should you go for? Seems a silly question really, the RS obviously, but before dismissing the ST, there are a few things to take into consideration first.

My main concern about the RS is that this may well be a boat that has sailed if investment is your primary intention. Prices have risen dramatically recently with some dealers asking £25k + which has effectively factored in any future classic value. The ST on the other hand is probably still falling in price for average mileage examples, low mileage ones are attracting a premium though, which suggests that modest gains in value in the near future are possible.

A lot depends on your budget and what you want to get out of your car. The RS is the most pure of the two cars in terms of design and intent, its a much more focused (excuse the pun) drivers car and was the first of the Performance Focuses, the ST170 did come out before the RS but it really did lack the ability to excite, with rather lack lustre acceleration. It will also be the most desirable in the long term. If you can get your hands on a reasonably priced low miler then it should make you money, problem is that to achieve that investment potential you will have to lock it away and avoid driving it much. Seems a shame really!

The Focus ST on the other hand is more of an everyday car, albeit a fast one of course, though it will never have the ultimate kudos of an RS. That said it is still a fast Ford and will surely find its place in the FF hall of fame in the long run, even helping to drag up the value of leggy examples. Which means that you will actually be able drive it, and so long as you don't rack the miles up to much, it will make for some very good value car ownership.

In conclusion then, its a toss up between practicality and affordability verses ultimate desirability.
The choice is yours (if you can afford it of course).