The Smart Roadster is a sporty little two seater which was introduced to Britain in 2003 as either a soft top or coupé. It was created as a sports version of the bubble style Smart Car and featured a tiny 700cc, 80bhp engine, designed by Mercedes Benz. Production ended in 2005 due to issues with leaking roofs which lead to excessive warranty recalls.

Smart’s design cue for this new car was a sporty take on their city car, with dimensions to match and a big cutsie, fun factor to boot! It came as either a roadster or a coupé though its not always easy to tell the two apart as both have a targa top, with the roadster also having a retractable soft top section at the rear which can prove fiddly to remove. Unsurprisingly the coupé accounted for the majority of sales, with most of the open top fun but less of the fiddle. The styling is bold to say the least with a modern, funky take on the classic British two seater, and what with its tiny dimensions and two tone colour schemes, your just as likely to be noticed as the Ferrari in front of you!

As for driving the car, well the general consensus is that even with a turbo fitted to the 700cc engine, its still all show and not so much go. That said most people do agree that the roadster provides a very large fun factor due to great handling and general all round cuteness.

If your thinking of buying one then one of the main things to look out for is leaking roofs (this is what caused so many of the warranty claims that brought production to an end and its worth checking carefully for dampness). Also make sure it is a 80bhp version as a few 60bhp examples were sold, and keep an eye out for ones that have the optional extra of the paddle shift box (all examples were sold as a semi automatic using an electric clutch). The gear change does also come in or some criticism for being slow and jerky though it can be improved with a good service, apparently, and check when the next B service is due as it is a bit on the costly side. 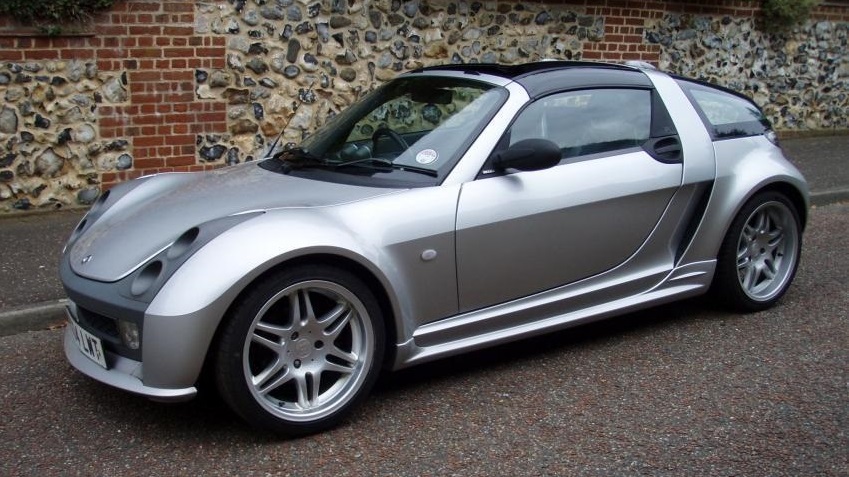