Wacky noughties people carrier, or coupe crossover, which ever you want to call it.

For sheer uniqueness of design this gets to be a bit of a classic...

Only the French are, well, French enough to throw caution to the wind when designing a car and Renault have proved the point admirably with the Avantime, in fact they got a little bit carried away with themselves with this one, to the point where they even reckoned on being the creators of an entirely new motoring genre. Yep, the MPV sports coupe genre... And the success of their venture can be measured in the length of its production run, 16 months and a total of 8557 made, and that was worldwide.

So along with exclusivity what do you get if you buy an Avantime, well plenty of attention, that's for sure. Renaults avant-garde approach to the styling is certainly eye catching and could even be called attractive from some angles, though its advisable to avoid the rear one. What you don't get is anywhere near as much practicality as you might have imagined, its a two door after all (hence the coupe designation) so getting in and out of the back is not overly easy, and leg room isn't that great either.
So its worth ignoring the MPV suggestions in the designing of this car and consider it a very unique coupe instead. Certainly from a driving point of view its not at all bad apparently, the suspension is some 40% stiffer than the Espace that its based on so handling is decent and performance from the V6 or 2.0 turbo is reasonable if not exactly electrifying.

Reliability is considered good, only problems with trim being mentioned in the forums though the auto gearbox does come in for a bit of stick for being slow and lumpy.

Think of this car as a statement fun and individuality, its quirky looks are not for everyone, but for those who like standing out from the crowd then I have no doubt the Avantime would easily find a place in their hearts.

A good one should cost in the region of £3.5k and blue does appear to be the most popular colour. (March 2016) 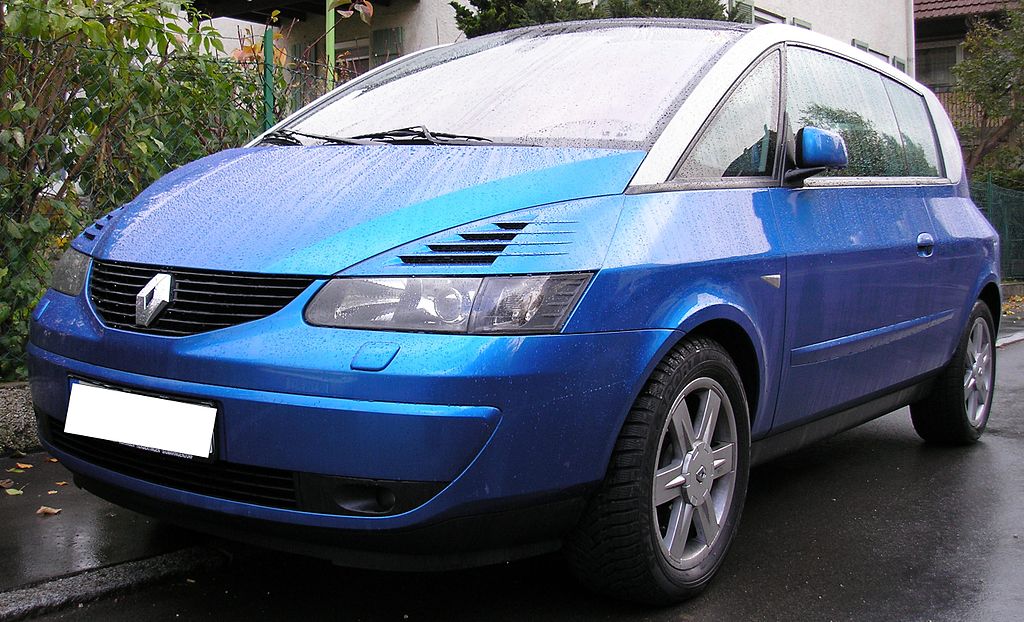