The CLK represents good value Germany engineering in a stylish if understated body.

The CLK was introduced in 1997 as a coupe/convertible that was intended to sit between the SLK and SL classes. Its a sort of semi compact coupe, or as the Germans call it, Coupe Leicht Kompact which in English reads, coupe light short. Sounds better in German if you ask me (and you don't hear that said often).

You can get one with a 2.0L or 2.3L supercharged engine or go for the the 3.2L or 4.3L V8's.
Now its always nice to have “Kompressor” (which actually looks better written in German...) written on the back of your car but as always seems to be the way with us at Future Classics, bigger is better and so we would plumb for the V8's which pack a thoroughly indigestible 275bhp if you go for the biggy. There is also the AMG version to consider though with its 5.5L 376bhp engine, but they are are good bit rarer and so we are going to concentrate on the standard models here. Of course if you can find a good example it really should make for a safe investment. And lets not forget that if you go for the second generation then there is the option of a 2.7L diesel, not sure how this stands as a future classic so I would be open to opinions.

There are two generations of the CLK and opinions will undoubtedly vary as to which is the better looking, to my mind the second gen (2003-2009) has a slightly more distinctive appearance and a more modern dashboard, but each to their own. The first gen face lift versions (2000-2002) seem to be the best value though there are a good deal more second gen examples to chose from so getting a good one would be easier. And if its an AMG that tickles your fancy then sensible priced ones only exist in first generation guise. The other choice you will have to make it whether to go for the coupe or convertible? There are a lot more hard tops around and they are slightly cheaper but if you are buying this car as a second car or investment (which is best if you want to avoid racking up the miles and diminishing its future value) then we can't but help feeling that the rag top is the way to go, more fun in the sun and definitely a greater sense of occasion.

There doesn't seem to be too many reliability issues with the CLK though there are a few areas to pay close attention to when buying. The main one is the gearbox (auto version) which particularly with the first version, must have its fluid levels checked and maintained regularly or shifting problems will occur. There is a DIY kit that can be found on the forums for doing this. Also the second generation 7G Tiptronic gearbox has thrown up some problems and you should check the action of the changes for any sticking in gear or juddering, its a pricey fix if anything does go wrong with a 7G box. Other points of concern are rusting, which is most prominent on the first gen around the wheel arches but can occur anywhere so a close inspection underneath and around seams is needed, and issues with the wipers. One last thing to say is that the general consensus of opinion is that hill starts are near impossible to do with the manual gearbox due to the need to juggle the foot operated hand brake and the clutch.

it is possible to pick up a mk1 enticingly cheap right now though they do vary considerable depending on mileage, spec and condition. If you don't mind going for a leggy version and Merc's can take their miles then a sub £1000 car is possible but do remember repairs will cost a bomb so buy with care. For a good low mileage (70k) 3.2L Avantgarde model, expect to pay £2500 + for a convertible. 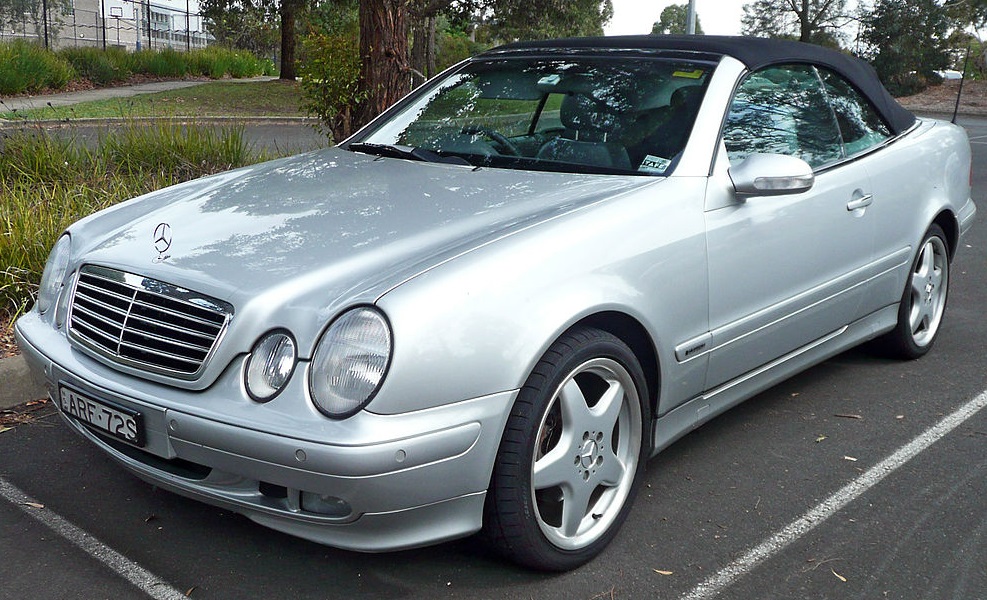