What is it that makes a car become a classic car

As I'm sure anyone who takes an interest in cars is aware, there is a growing market for classic cars, with some of the more exotic models out there selling for the sort of money you could buy a premier league football player for, well almost. Of course multi million pound price tags are completely out the reach of most of us but the knock on effect of this is that cars that were once seen as humble fair are now worth impressive sums of money. I mean, who would have thought that a Mk3 Escort would ever sell for £60k which one did recently. OK, it was an RS Turbo with practically no miles on the clock, but you get the message.

So I pondered, what is it that makes a car become a classic car?

Well let's start off with some obvious examples just so we can get them out of the way and have a look at the real meat of the question, and by obvious examples I mean Ferraris, Lamborghinis, Aston Martins, etc, cars that have a badge and price tag that means they are a classic the moment they roll out of the factory. What I want to look at for this article is more mainstream cars that mere mortals like myself can buy.

At this point I would like to say that part of the reason for this article was to try to understand the process that makes a car a classic, and apply it to modern cars in a hope of creating a bit of a crystal ball and determining what might be a future classic.
In order to answer the question I started compiling a list of factors that would influence a cars journey to the hallowed classic car arena, and straight away I ran into a bit of a poser. You see one of the main criteria for a classic car is rarity and seeing as most of the cars we consider classics today were build back in the day when cars weren't really built so much as cobbled together with a bit of sticky tape and a wing and a prayer, the resulting terminal unreliability and rust served to cull the numbers to a point that they achieved their status simple by virtue of surviving. And therein lies the problem, modern cars are both far better built and are also built in far greater numbers, so relying on some sort of a Darwinesque approach to attaining classic status isn't going to work.

Ok so let's have a look at what cars are already classics and see what pointers we can get from them, and the simple answer is desirability, but that then just leads to the question, what makes a car desirable? Straight away three factors stand out, rarity (though not an automatic guarantee), aesthetic appeal and performance. Of these three, the aesthetic appeal of a car is the hardest to quantify as it is something that is objective and very much an individual perception, basically, is it a looker or not?, and of course we all know that beauty is in the eye of the beholder so we have run into a bit of a problem already.
That said some cars are quite simply more blessed than others in this department. For instance, I would challenge anyone to say they thought the 1971 Subaru Leone did it for them, or that the Riley Elf was a marked improvement on the original Mini, but the pièce de résistance of ugly must surely go to AMC for their efforts creating the Pacer. 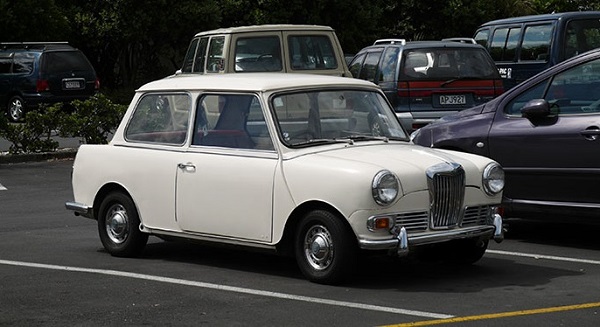 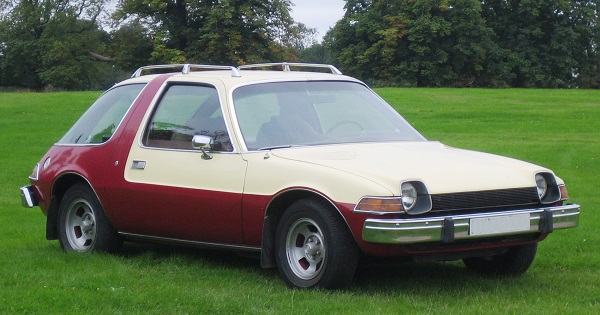 OK, so beauty is an objective thing but I think most people can agree when something really does have a quality of styling. For instance, it would be a mean hearted person indeed to call an E Type Jaguar ugly. 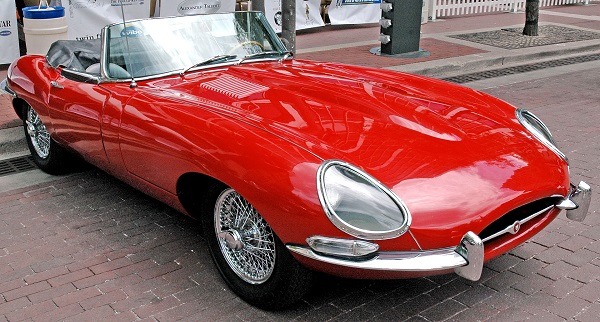 But just to throw a curve ball in to the mix, I thought I would complicate things by mentioning the Citroen 2CV, its hard to say its pretty, and it sure isn't fast, but it has managed to achieve an enduring fondness with many in the motoring world, and beyond, with its cute unpretentious simplicity and purity of design. Just one to think about. 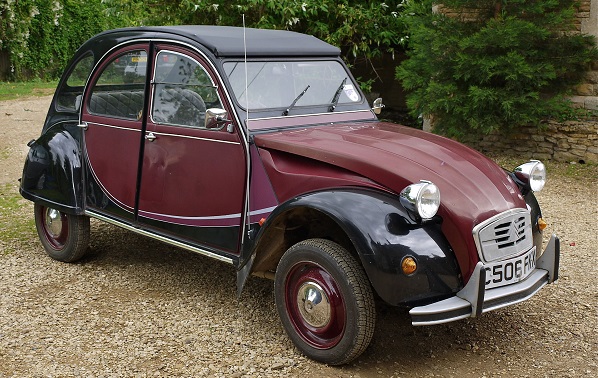 Next is rarity which of course is an easy one to access, we at futureclassics.co.uk provide a search facility that use DVLA data to show how many of any given car are still on the road.

We have covered rarity and aesthetics, so that leaves us with performance which is also a pretty easy one to quantify. Basically, top of the range cars tend to be the fastest and therefore the most collectable, if that particular model ever manages to attain classic car status. So there you have it, the beastlier the engine under your bonnet, the better!

There are of course other factors like that have an influence, such as Heritage, technological prowess and originality. Heritage is easy as you just have to look to the car makers history, general speaking motorsport achievements and a history of design innovation are what most people look when deciding a cars history and Jaguar, Lotus and Alfa Romeo come to mind amongst others.
Technological prowess is also fairly easy to quantify, did a manufacture come out with a revolutionary design aspect for their car? Audi for instance created an instant classic when they put four wheel drive in their Audi Coupe (B2) and created the Audi Quattro, which went on to achieve greatness in the world of rallying. 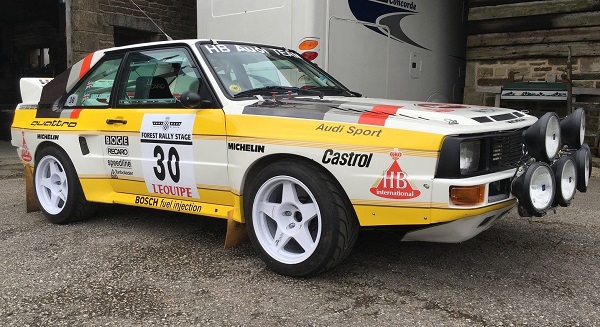 My personal favourite in this category is the VW Phaeton, it was an act of pure self indulgence to build this car, being as it is, based on the Bentley Continental chassis, meaning that it could have been specified with a W12 engine, lets say that again, a W12 6litre engine, in a Volkswagen! A glorious folly, albeit one that is a technological tour de force.

And finally we come to originality. The thinking behind this one is that sometimes a car manufacture comes up with a new idea and effectively creates an entirely new genre. Some examples include Chrysler when they had a small van design that no one wanted and in desperation put seats and widows in the back, thus was born the MPV (Renault were the first to bring it to Europe) Or Toyota when they released that no one was driving their 4x4 off road so they made one that drove better on road and gave us the RAV4, the worlds first crossover.

Factors to consider when buying

Once you have identified a car that you feel meets the criteria of being a classic, or even a future classic, then your attention should be drawn to things to consider if you plan to buy one, and there are some things to consider. Firstly, originality, if the car has had any after market mods or, god forbid, been lowered then discount it immediately.
Secondly, the higher the spec of the car the greater appeal it will have, and finally we come to the mileage issue. If your serious about your car been a true classic then you really need to find one with below 50k miles, and ideally below 30k to draw maximum attention and therefore value.
Obviously cars with such low mileages are rare these days and if you can't afford the premium that a low miler will attract then a well cared for example with more typical mileage will always have some appeal and therefore collect-ability.

So you see, there are a lot of factors in what makes a car a classic, some are obvious, like cars from top marques, others or not so obvious but could indeed become a real classic due to a unique aspect of their history or design, one of those early Chrysler MPV's for instance. I have tried to provide some markers as to what to consider, but ultimately there is no crystal ball to predicting what might be a classic of the future, just plenty of research.

As an example, my personal choice of a classic car in the making is the BMW 5 series, the 5th generation E60.

First of all, its a BMW so it has the pedigree, motor sport heritage and general high status of the marquee. It also has innovation of design and styling with the introduction of things like the iDrive system that was the cause of bafflement for some many owners, and the flame surfacing styling that proved to be so controversial at the time but has aged very well (in my opinion). The obvious choice would be the M5 and it is already a highly collectable car, but I personally would go for the 535d with its variable vain turbos giving it impressive power and torque at a still sensible price. 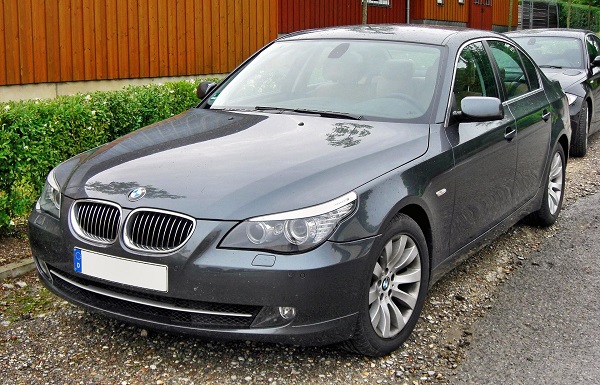