Top Gear cars, and where are they now?

In 2010 Top Gear filmed an episode where the three presenters were charged with buying a German car each (not sure how Clarkson ended up with a Ford Sapphire) for £5000 and taking them to Colditz, getting up to their usual shenanigans on the way. Those car were latter sold on and recently the Ford came up for sale, leading me to ponder how the value of these cars has changed in the last six years and whether their acquired fame had added any value (doubtful given the way those three treated their steeds) so I went and did a bit of digging.

Lets start with Richard Hammond's BMW M3 (E36). It is a 96 reg and had 68K miles on the clock when Hammond allegedly paid £5k for it. Time doesn't seem to have been too generous to the car as it was sold last year for £5850 with 82k miles and described as in fair condition (see the mot history here and the seller description below). I'm not sure if an appearance on Top Gear has done it any favours as a good example on eBay with 105k miles was up for sale for £10k recently. Certainly E36 M3 prices are holding up well and a low mileage example will be worth substantial amounts of money. The E46 M3 is starting to look good value now, incidentally. 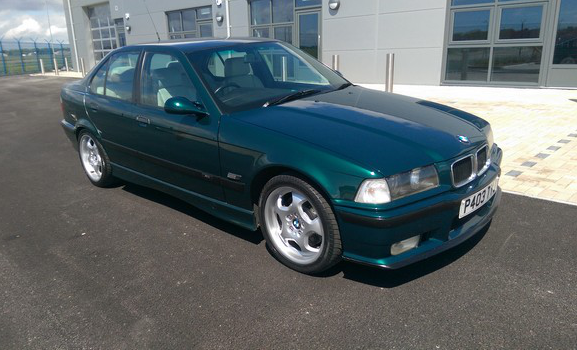 May's Mercedes is up next, but this one is a bit tricky to call, as a bit of research suggests that it has spent its life as a prop car for the TV/film industry, it has even changed colour, it was originally registered as being black (its silver in all the pictures I have seen of it). At the time of filming for Top Gear, it had about 130k miles, and now shows 144k (MOT history) and I have a feeling they might have been hard miles!
Anyway, it sold last year for £4100, probably to end up performing some spectacular stunt that involves it bursting into flames.
A good un-stunted 190E Cosworth is an expensive thing these days, I can only find LHD versions for sale and even they are ranging above £20k for a low miler. 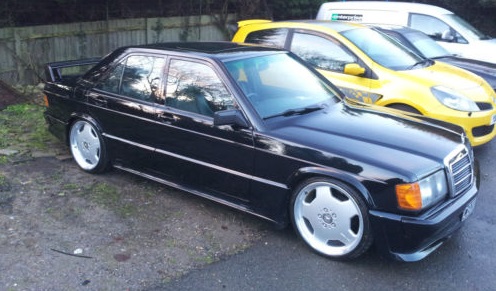 Finally we come to Clarkson's steed, the Sapphire Cosworth, and straight away its clear that the name Cosworth is a good thing to have written on the back of your car. Any Ford (or Merc for that matter) with the C word will be fetching big bucks and this one is no exception. It was being advertised for £17.5k recently, and that was in the full knowledge that Jezzer had wragged it up an autobahn at 150mph, and considering it was bought for £5k in 2010, that's not bad going. So there you go, fast Fords are where it's at these days!